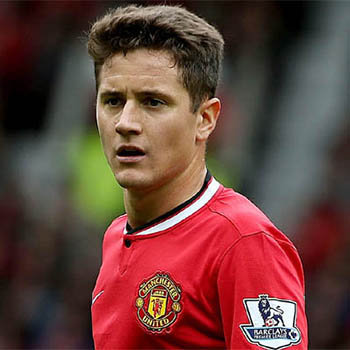 ...
Who is Ander Herrera

Herrera was both born and raised in Bilbao, Spain. His father, Pedro Maria was also footballer. He initiated his professional football career from Real Zaragoza.

Ander has an astonishing net worth of $24 million and his salary is $6188000. His playing style is compared to Paul Scholes. Manchester United has bought his in €36 million.

Currently he is dating his girlfriend Isabel Collado. The couple is enjoying there love life and haven't thought about marrying till now.

He got honored from UEFA European Under-21 Championship Team of the Tournament.

Rumors are there about the transference of him from Manchester United and Real Madrid is eyeing on him.