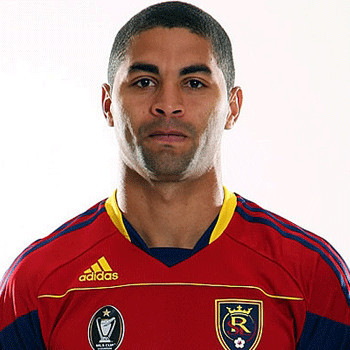 He was born in house of Costa Rica international Álvaro Grant MacDonald and Marlene Saborío.He can speak four language Portuguese, Spanish, French and English.More education details are not available about him.

He has the weight of 77kg.He has salary around $360,000. He is the piller of the team as he has outstanding goalscoring ability. In 2004 Olympics he scored the qualifying goal against Portugal.

A 32 year old forward was married with Nancy Sotto in 2007 who is 2004 Miss Costa Rica.They are divorced in 2009 without having any children with various rumors.Currently his spouse is Carolina who is an athlete.They both are expecting baby son very soon.

He has earned total of 96 caps, scoring 34 goals which place him in third of his country all time goal scorer. He was also awarded with MLS Newcomer of the Year award a year. He also won the Western Conference Championship.

It is said that he has weakness in lack of offside awareness in his games. His greatest rumer was during his split with his first wife.He was blamed of having outdoor relationship of the soccer with other girls.