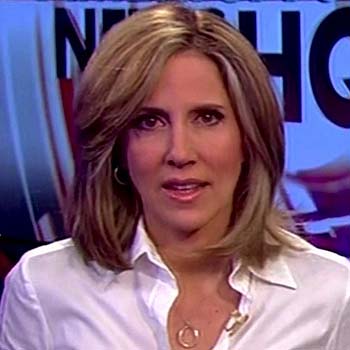 ...
Who is alisyn camerota

Alison Camerota is an American news TV journalist who is currently a co-anchor in CNN's New Day. She was also the co-anchor on CNN Tonight.

She graduated from American University with a degree in broadcast journalism with a minor in criminal justice. Camerota worked at various stations before her debut in Fox News Channel in February 1998.

Her first job was working as a waitress at Friendly's Ice Cream. Today her net worth is close to $2.5 million. Camerota's salary is not publicly disclosed but believed to be around $200,000.

Alisyn has two fraternal twin daughters and a son with her husband Tim Lewis. Despite of rumors in the media of Alisyn dating and having many boyfriends, her husband totally trusts her.

Alisyn Camerota is a board member and spokesperson for RESOLVE, the National Infertility Association. She received The Hope Award for Achievement. She was also given Celebrity Mom of the Year by Mom's Choice Awards.

There are rumors in the media of Alysin dating and that she has numerous boyfriends.