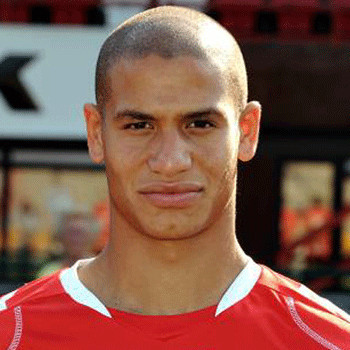 He belongs to a family of athlete. His father Nacer Guedioura, the former Algerian international striker and mother, Enriqueta Soreira Pons a Spanish basketball player. His younger brother Nabil Guedioura is a professional footballer aswell.

He started his youth career with the club Racing Paris in 1992. Since 2010,h e is also in the Algeria National Football Team and has appeared in 28 cap matches from this team scoring two goals.

There is not much information related to his personal life given to the media, but he has a girlfriend named Rachael with whom he seems to be happy. They have been dating for a long time.

He won "Goal of the Season" for the club Nottingham Forest and Wolverhampton Wanderers. He made his very first international debut on 28 May 2010 against friendly match with Republic of Ireland.

There is a huge rumor that Guedioura Joined Watford On Loan.