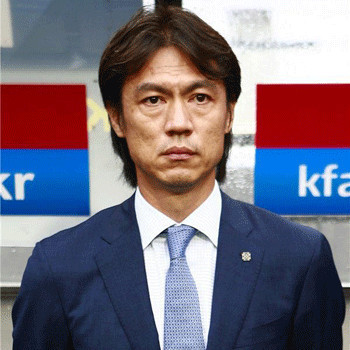 He was born in Seoul, South Korea. In 1992 he started his football career at the club namely Pohang Steelers football club which is located in Pohang, Gyeongsangbukdo. He often played as centre-back but also played at the full-back position.

Since he is the first Asian player to play in four consecutive World Cup final tournaments he is considered as one of greatest football player.He is nicknamed as "Korean Libero" due to his ability to strike a long distance ball.

In 1997 he married Cho Soo-mi who was five years younger than him. The couple has got two sons named Hong Seong-min and Hong Jeong-min. other information about his personal life has not been disclosed.

In 1994 FIFA World Cup He was only one of the player who scored goal from South Korea National team in the game against Spain. This goal was very memorable because due to that goal the match against Spain ended up being a draw.

He was greatly criticized due to his poor performance in 1998 FIFA world cup which cost the team to eliminate at the first round.