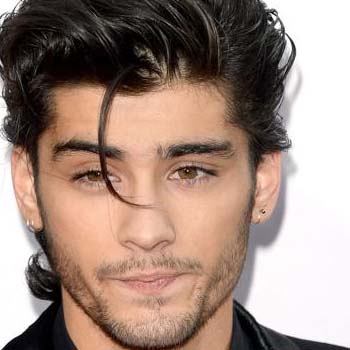 Born as Zain Javadd "Zayn" Malik as a son of Yaser Malik and Tricia Brannan Malik. He has three sisters named Doniya, Waliyha and Safaa.

He is also known as Bradford Bad Boy because of his personality. He has secured 27 position on Glamour World's Sexiest Man list.

Firstly he hooked up with Rebecca Ferguson but they splited. And he engaged with Perrie Edwards,again they separated. Now he is linked with Gigi Hadid.

Once there were rumors that all of the member of 1d are gay including Malik. Rumors said that his mystery girl was the main reason behind his engaged relationship.