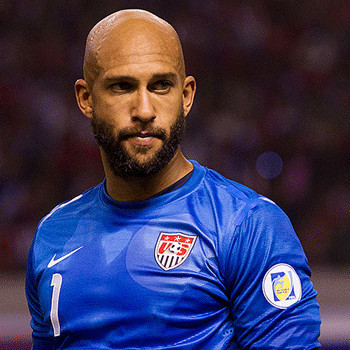 Tim was born in North Brunswick, New Jersey . He attended the Montclair Kimberly Academy and graduated from North Brunswick Township High School. By the age of 15 he began his soccer career by playing in the U.S. Youth national team.

When he was in the sixth grade, Tim was diagnosed with Tourette syndrome. He was coached by Tim Mulqueen, assistant coach for US U-17. He is currently 35 years old and his salary is around 2.6 million USD as per 2012 report.

Tim is married to Laura Cianciola Liebenrood in 2003. Not much is known about this couple as Tim keeps his personal life away from the media's reach. There are no rumors about any split-ups or extra marital affair from both parties.

There have been rumors about his transfer to MLS and various other clubs like any other player but they are fallacious as he is currently playing for Everton. He has not done anything as such to be under any sort of controversy till date .