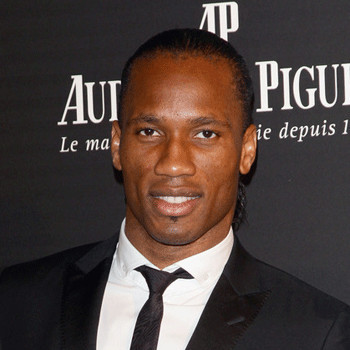 ...
Who is Didier Drogba

He was born in Abidjan, Ivory Coast. When he was five years old he was sent to live with his uncle namely Michel Goba who was a professional footballer in France. Later at age of 18 he joined club Levallois.

He is known as "Tito" to his family and friends. When he was young he was banned from playing football by his parents since he failed to top class and had to repeat a year of class.

He is married to a Malian woman named Diakité Lalla whom he met in Paris. Couple have given birth to three children. Isaac is eldest of his children who was born in France in 1999.

In 2006 and 2009 he was honored with African Footballer of the Year. He was also awarded with Ligue 1 Player of the Year in 2003. Drogba was voted as club's greatest player ever by Chelsea fans.

In 2010 november 7, Drogba missed the first half of Chelsea's match against Liverpool because of his illness which was later revealed that he was suffering from Malaria.

Joel Nathaniel Campbell Samuels is a Costa Rican professional football player who plays for Arsenal and the national team of Costa Rica mostly as a forward. He also can play well as a winger.