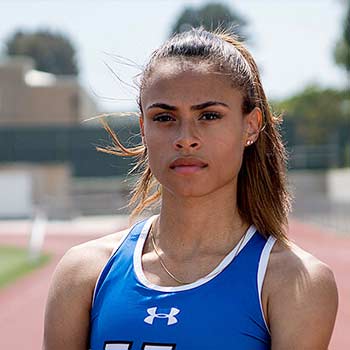 ...
Who is Sydney McLaughlin

Sydney McLaughlin was born in New Brunswick, New Jersy to the athletic parents, father, Willie who became the semi-finalist in the 400 meters at the 1984 Olympic Trials and mother, Mary who was a runner in high school. She grew up along with her athlete brother Taylor and sister Morgan. She attended Union Catholic Regional High School in Scotch Plains.

She qualified for the 2016 Rio Summer Olympics as the youngest athlete to make the U.S. Olympic track. As an athlete, she earns a lucrative amount from her career. Her current estimated net worth is $ 500 thousand.

She is quite occupied with her training and education while too young to be involved in a serious relationship. She is possibly not dating anyone currently.

She is not involved in any kind of rumors and controversies till the date.