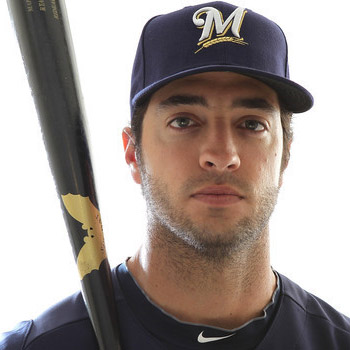 Ryan has the total net worth of $8 million dollars. He was Minor League Player of the Year in 2006. He also ranked seven in list of 50 best current baseball player in 2012 by Sporting news.

Ryan Braun married his long time girlfriend Larisa Fraser (TV actress) in 2013. They are happily married and their relationship seems so strong.

Braun was found guilty in Bio-genesis scandal, on July 22, 2013 for using performance-enhancing drugs and was suspended for remaining season of 2013.