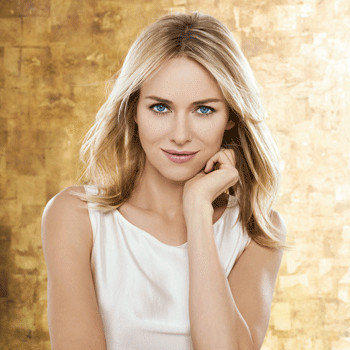 Did not have a blissful family. She had attended the Welsh school named Ysgol Gyfun Llangefni and Mosman High School and North Sydney Girls High School in Australia after her mother got remarried and moved to New South Wales,Australia.

Mostly appears in the remakes of the movies in the roles that showcase the dark and troubled characters who endures loss or sufferings. She often can be seen working with Sean Penn.

Had an affair with Stephen Hopkins and Heath Ledger in the past. Since 2005, she is in relation with an actor Liev Schreiber. They are not married but are the proud parents of two children named Alexander "Sasha" Pete and Samuel "Sammy" Kai.

Been the winner and nominee to several of the reputed awards. She has also been featured in several of the magazines. She was the goodwill ambassador for Joint United Nations Programme on HIV/AIDS in 2006.

Been the on and off topic in media for her relationships. The rumor about her marriage and relation with Liev has drafted a lot of rumor and recently there was a rumor on their split due to their ego clashes which came out to be a false rumor.