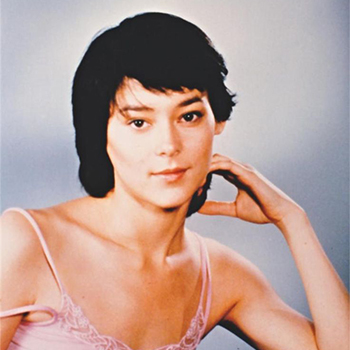 Meg Tilly is a Canadian–American actress and novelist whose born name is Margaret Elizabeth Chan. She has blessed us with her diverse acting skills in many movies and TV series like The Big Chill, Valmont, Bomb Girls, Agnes of God, and many more.

Raised in British Columbia by her mother and step-father, Meg started taking dancing lessons at age 12. She earned a scholarship to a top ballet school in New York. At 17 was connected to Connecticut Ballet Company and later Throne Dance Theatre, but a serious back injury ended her dancing career. She then went to Los Angeles to pursue an acting career and the rest, as they say, is history.

She was a member of the Connecticut Ballet Company and the Throne Dance Theatre, but made her way into acting. Her sister is a well-known movie actress Jennifer Tilly.

Tilly married her first husband, Tim Zinnemann in 1983. The marriage produced two children, Emily and David, and ended in divorce in 1989. She had a 5-year relationship with British actor Colin Firth which produced a son and ended in 1994. Her second marriage with John Calley also did not last long. Her current husband is author Don Calame, who writes fiction for adolescents. They have 3 children and a grandson.

For her role in the 1985 film Agnes of God, she won a Golden Globe Award and was nominated for the Academy Award for Best Supporting Actress. She has gotten 5 nominations for her lead role in the television series Bomb Girls and won a Leo Award in 2013.