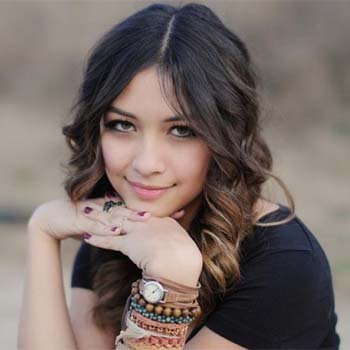 ...
Who is Lulu Antariksa

American actress and singer. She is best known for her role as Stevie Baskara on the Nickelodeon sitcom How to Rock and AwesomenessTV's Side Effects.

Lulu Antariksa was born in California to an Indonesian father and a German mother.[3] She became interested in acting while attending Valencia High School in Valencia, California.

She had her breakout role as Stevie Baskara on Nickelodeon's How to Rock. She has made guest television appearances on According to Jim, American Family, and Monk.

She found a love for acting while performing in high school stage productions. She began playing Lexi Connoly in the web series Side Effects in 2013.