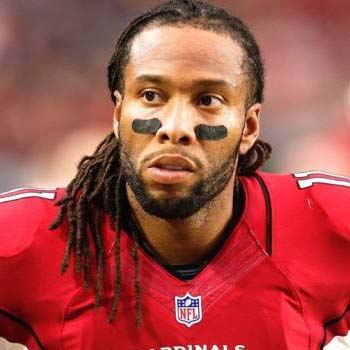 ...
Who is Larry Fitzgerald

Fitzgerald attended the Academy of Holy Angels during his teenage years. He attended the University of Pittsburgh, where he played for the Pittsburgh Panthers football team. There his skill was appreciated.

The Arizona Cardinals chose Fitzgerald with the third overall pick in the 2004 NFL Draft, and he has played his entire professional career for the team. He has been selected for the Pro Bowl nine times.

He had two sons with former Oakland Raiders cheerleader Angela Nazario. He had an order of protection filed against him by Angela in October 2008 after an altercation between the two.

Larry Fitzgerald and the Arizona Cardinals have agreed to a contract to ensure the 31-year-old face of the franchise remains with the organization for the remainder of his career.