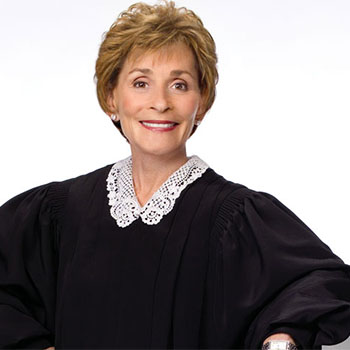 She was born on 21st of October 1942 in Brooklyn, New York. She is the graduate of American University's Washington College of Law and the only woman in her class.

She is also one of the highest earning TV show host and she is known for earning $ 47 million in 2013. Her birth name is Judith Susan Blum.

She was for married to Ronald Levy and this married life lasted for about a decade. She is now married to Jerry Sheindlin.

She has also starred in several movies.