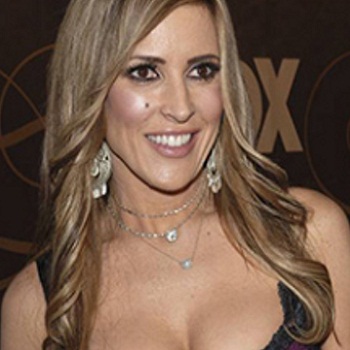 ...
Who is Jillian Barberie

Barberie was born in Burlington, Ontario, Canada. She was adopted soon after her birth. She received her formal education from Assumption Catholic Secondary School and then graduate from Mohawk College.

Barberie has a beauty mark on her face. She loves skating and was a former childhood figure skater. She quoted saying everything about me is real, my moles, my boobs.

Barberie married Bret Barberie in 1996 and divorced him in 2002. She again married Grant Reynolds who is a Marine sniper turned actor. They have two children. They divorced in 2014.