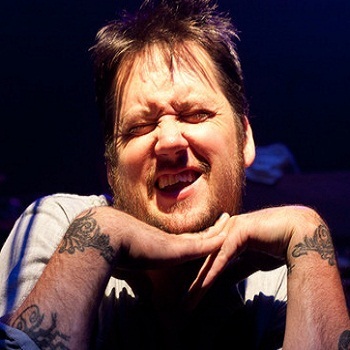 Born in Helena, Montana, Brock lived with his mother and sister in Montana and Oregon in hippie communes and churches during his childhood. He was home-schooled as part of his school career.

Brock's uses the Guitar costume made by Wicks Guitars and amps made by Soursound . But he also used various other guitars made by companies such as Peavey, or a Fender Jag-Stang.

Brock started his own record label named Glacial Pace in 2005 and the label used to be a subsidiary of Epic Records, but now it is independent.