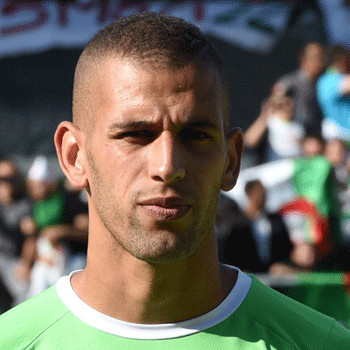 ...
Who is Islam Slimani

Since his teenage days he started his career in the football field. He plays as a striker. In 2008 he made his first international debut as he was signed by JSM Chéraga which is a third division club.

Slimani scored the equalizing goal against Russia and brought his country to knockout round. Since 2010 he was in international team but in 2011 he made his first debut. He is wanted by West Ham United for $8.9 million.

He spent his childhood at the western Algiers suburb of Ain Bénian. He was a very poor at his early days as he used to sit on the rocks and do fishing near local port with the plastic bottles.

He was rumored to be transferred to Leicester City.