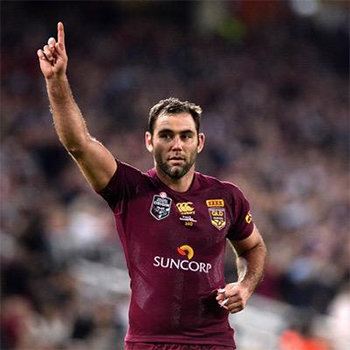 ...
Who is Cameron Smith

Smith was hailed in Brisbane,Queensland. Since his childhood days he played rugby for Logan Brothers, Logan City. He graduated from Marsden State High School.

Also an Ambassador of the car brand Holdens HSV and Ovarian Cancer Awareness campaign. He is the craziest fan of Hawthorn Football Club.

Cameron is father of two daughter and one son along with her loving wife Barbara Johnson.Before marrying they dated for very long time. They all are leaving happily with each other.

This enthusiastic rugby player has been awarded with Golden Boot Award, won Dally M Medal,NRL Grand Finals, World Club Challange. Got honors from Dally M Hooker of the Year, Wally Lewis Medal (State of Origin),Dally M captain of the year among others.