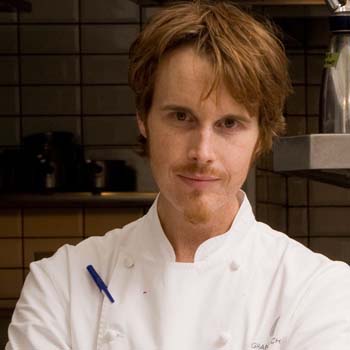 Grant Achatz is an American native and he was born in St. Clair, Michigan, USA. When he was a child, his parents also owned some restaurants and he also used to work there in his spare time.

In the mid 2007, he was diagnosed with stage 4 squamous cell carcinoma and some one claimed that was the end of his cook life and he suffered this cancer in his mouth but later at the end of that year, he went under medical treatment and became cancer free.

When it comes to his love affairs, married life and divorce, it is difficult to access to the information but it is said that he is the father of two sons.

It is said that to remove the cancer in his mouth, he went under chemotherapy and radiation treatment.