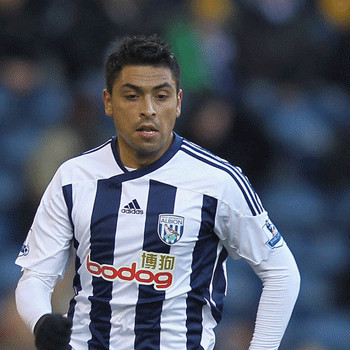 He was born in Born in Hualpén, Chile where he started his professional career by joining local Chilean club Huachipato after being fostered in its academy.

He is best known for his tackling sills, strength in the shots, discipline and durability in the game.He often plays long balls and plays the ball off the ground.

Twenty nine years old Gonzalo is still unmarried.There is not any news for affair of Gonzalo. It seems he is very private about his personal life.

He scored a goal for Chile in 2005 FIFA World Youth Championship in Chile’s 7-0 win over Honduras.He also played for Chile national team in Cope America 2007 and 2010 World Cup Qualifiers.

He was fined penalty of £3,500 for getting behind the wheel of a car while banned for drink driving. He was also hit on the face by Uruguay player Luis Suarez in World Cup Qualifying match.