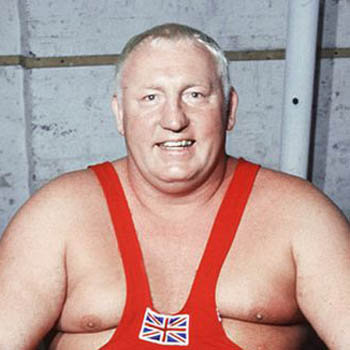 ...
Who is Shirley Crabtree

Crabtree as born in 14 November 1930 in Halifax, West Riding of Yorkshire, England in a wrestling background family. His father Shirley Crabtree, Sr. was professional wrestler. Crabtree used to work as coal miner before stepping in wrestling.

Crabtree was also rugby player and used to play for Bradford Northern. Because of his 64 inch he has earned position in Guinness Book of Records. Queen Elizabeth II and Margaret Thatcher, former prime minister are greatest fan of him.

Shirley was married twice. Unfortunately his first wife's name is not provided. His second wife is Eunice.He was father of six children.