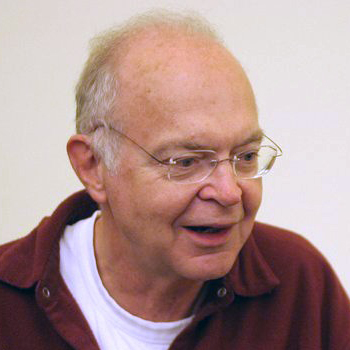 Knuth used to pay a finder's fee of $2.56 for any typographical errors or mistakes discovered in his books, because "256 pennies is one hexadecimal dollar", and $0.32 for "valuable suggestions".

Knuth married Nancy Jill Carter on 24 June 1961 while he was a graduate student. Their two children John Martin Knuth and Jennifer Sierra Knuth were born in 1965 and 1966 respectively.

In 1971, Knuth was the recipient of the first ACM Grace Murray Hopper Award. He has received various other awards including the Turing Award, the National Medal of Science, the John von Neumann Medal, and the Kyoto Prize.

Alan Guth is a theoretical physicist and cosmologist, known mainly for his work on elementary particle theory and how particle theory is applicable to the early universe.