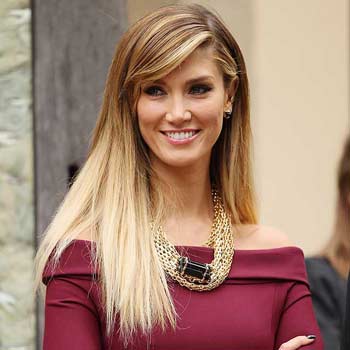 ...
Who is Delta Goodrem

From her young age, she has a great passion for acting, singing, music, and dancing. As a child actress, she starred in several television shows. She was only fifteen when her debut album, Innocent Eyes released and it topped the ARIA Albums Chart for an all-time record of 29 consecutive weeks and reached number two on the UK Albums Chart. It becomes one of the highest selling albums in the history of Australia.

Outside of music and acting, she is the philanthropist and associated with the several charitable institutions. She served as the ambassador of Research Australia's "Thank You Day," which honors the country's health and medical researchers and received a Thank You Day Celebrity Advocacy Award "in recognition of her efforts in raising funds for Australian medical research and charities. This blue-eyed and brown-haired woman has measurements of 36-25-36 inch. Respectively her dress and bra size is 6 (US) and 34B. Her earnings are outstanding. She has a whopping net worth of $16 million.

She has several ups and downs in her romantic life. She was in an affair with Australian tennis player, Mark Philippoussis in 2004. Their relationship lasted for ten months. Splitting up with Mark Philippoussis, she briefly started dating former Westlife singer Brian McFadden in December 2004. They broke up in April 2011. She later dated Nick Jonas from May 2011 to February 2012. Currently, she is hooked up with musician and guitarist, Matthew Copley. Previously, she was a girlfriend of Australian rugby player, Drew Mitchell from August to December 2016.

She was rumored to have dated Darren McMullen, Blair McDonough and Australian former cricketer, Brett Lee.