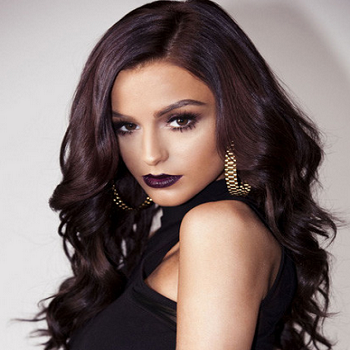 She was born in Malvern, Worcestershire to Darren and Diane. She has three siblings named Sophie, Josh and Rosie. She studied at the Dyson Perrins High School. She then studied at the theatre arts school Stagecoach.

Her estimated net worth is $750 thousand. She is also called by her nickname as Chez, Cher etc. She belongs to white ethnic background. Her hair is dark brown in color. She has hazel eyes. Her body measurement is 32-24-32 inches.

She was in a relationship with Craig Monk less than a year. She announced her engagement to her boyfriend in January 2012. On November 2013 the couple secretly got married. The relationship between them is going strong.

She was in a rumor of dating Zayn Malik, Liam Payne and Nathan Sykes.