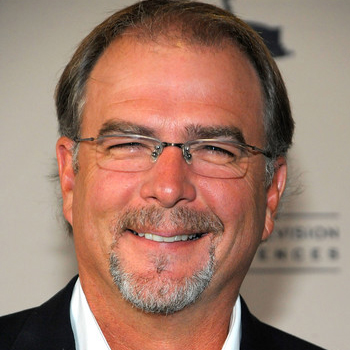 He was born in Galveston, Texas, United States of America. His birth name was William Ray Engvall Jr. He attended and graduated from Richardson High School in Richardson, Texas.

He has his own catchphrase and that is "Here's Your Sign". He is also one of the members of Kappa Alpha Order. He is good at making friends and his best friend is Jeff Foxworthy.

Bill is a married man. He is married to Mary Gail Watson on 18 December 1982. This sweet couple has two children. When he is free, he lives in southern California.

Bill has been nominated in lots of prestigious awards. In 1992, he won American Comedy Awards, USA for Funniest Male Stand-Up Comic.

He is not involved in any kind of scandal yet.

Born as Andre Keith Braugher, Andre is actor from America who has gained a stardom after playing a role as Detective Frank Pembleton on one of the television site series Homicide: Life on the Street. Besides that, he could also be seen on comedy series Brooklyn Nine-Nine. He has also appeared in movies like Primal Fear, Glory, The Mist and Poseidon.