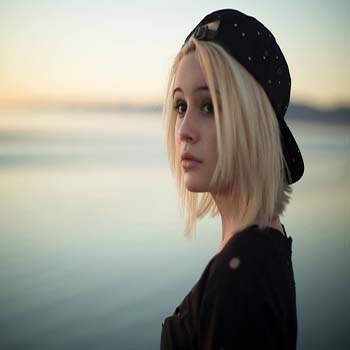 Miler was born in Maplewood, New Jersey U.S. Her birth name is Beatrice Annika Miller. Others information of her childhood is not provided.

Bae is also promising actress who as appeared in movies like Unforgettable, Confessions of a Shopaholic like wise lent a voice in Ice Age: Dawn of the Dinosaurs and Toy Story 3. She has toured with Demi Lovato and The Fifth Harmony.

An American singer and songwriter Jacob Whitesides alleged that he wants to date her. Later seems she accepted his proposal, and the couple is dating since 2015.

Her calculated net worth is $1 million dollars. She is awarded with Radio Disney Music Awards for her song Young Blood and Teen Choice Awards for in the category Choice Next Big Thing.

There are rumors that she had been dating her crush Luke Hemmings after she proposed him in YouTube. 5 seconds of summer lead singer, accepted her proposal. Likewise she should her true colors after saying that she gated the Britney Spears songs choice. She was critized.

Catalina Sandino Moreno is a Colombian actress, who received a nomination of Academy Award and Screen Guild for her role as Maria Alvarez in the 2004 film, Maria Full of Grace.

Kriti Sanon is a model-turned-actress. After beginning with modelling, she made her acting debut with Sukumar's Telugu psychological thriller film 1: Nenokkadine. She has made her debut in Bollywood with Heropanti.