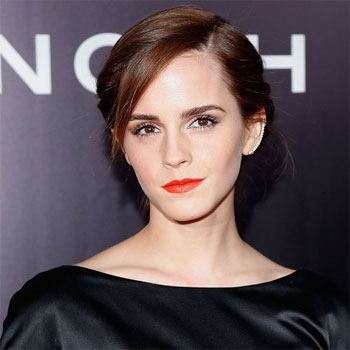 Credited today as a talented actress, she attended Dragon School in Oxford and Stagecoach Theatre Arts school, where she participated in several stagecoaches and school plays. Her formal career started when she appeared in Harry Potter series alongside with Daniel Radcliffe, Rupert Grint in 2001.

She is famous for philanthropic works. She currently serves as the UN Women Global Goodwill Ambassador, since 2014. Through her career, she has made a net worth of $70 million. Although she is wealthy, she enjoys living a simple life. She has only one car that is Toyota Prius.

Her parents, Jacqueline Luesby and Chris Watson, divorced when she was 5. While in the University of Oxford, she was in an affair with Will Adamowicz. She later dated rugby player Matthew Janney, but their relationship ended in December 2014. She again started dating Mack Knight in 2015. After dating for two years, the couple called off their relationship on November 27, 2017.

In March 2017, she criticized for a photograph published by Vanity Fair in which her breasts are partly visible.