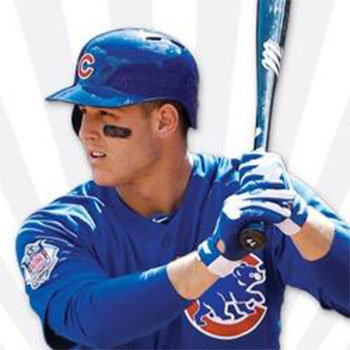 ...
Who is Anthony Rizzo

He was born to John Rizzo and Laurie Rizzo on 8th of August 1989. He was enrolled at Marjory Stoneman Douglas High School.

He has a towering height as he measures six feet and three inches. In 2016, he will be earning the annual salary of 5 million USD.

In the early 2008, he was diagnosed with Hodgkin's lymphoma. During that time, his grandmother also fought with breast cancer. In 2008, he had chemotherapy.

He is the founder of The Anthony Rizzo Family Foundation.