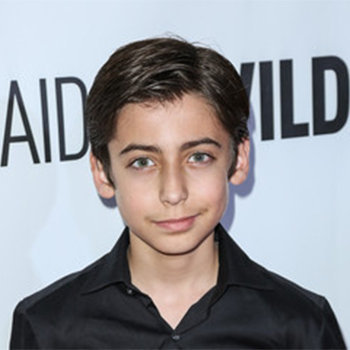 ...
Who is Aidan Gallagher

He was born and raised in Los Angeles, California. He was 9 years old when he first started acting, earning his first professional role in an episode of the Emmy winning series Modern Family.

He had a co-starring role in the pilot Jacked Up and starred in a short film called You & Me. He stars as an on-screen brother of Casey Simpson's character of Ricky in Nicky, Ricky, Dicky & Dawn.

Since he is just nine years old, there is no point of talking about his personal life. He obviously lives with his parents, and probably does not have a girlfriend.