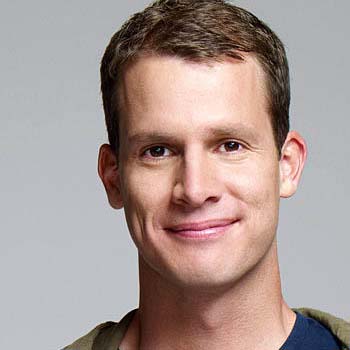 ...
Who is Daniel Dwight Tosh

Born in West Germany, Tosh grew up in Titusville, Florida. After graduating from Astronaut High School in 1993, Tosh attended the University of Central Florida, graduating in December 1996 with a degree in marketing.

He started touring the comedy club circuit almost immediately after graduating from college. He made his network debut in 2001 on The Late Show with David Letterman.

His father is a Presbyterian minister, and has one brother and two sisters.Daniel is an avid snowboarder and surfer. He has admitted that he suffers from social anxiety.

Received the Michelle Akers Award from his alma mater, University of Central Florida, in 2011.

Tosh's jokes are intentionally self-deprecating, racist, sexist, or homophobic. He says "I'm not a misogynistic and racist person...But I do find those jokes funny, so I say them."