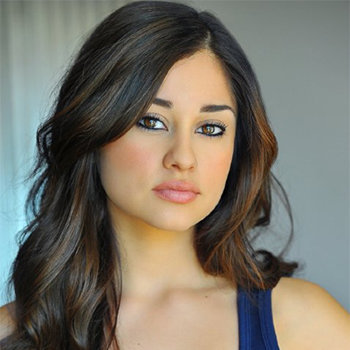 ...
Who is Yvette Monreal

Yvette Monreal is an American actress. She portrays the character of Reagan on the MTV series Faking It. She also landed a role on the series Matador as Senna Galan in 2014.

Yvette Monreal was born on July 9, 1992 in Los Angeles, California, U.S. She is a graduate of the Stella Adler Art of Acting Conservatory.

Monreal appeared in numerous episodes of Chutes from 2013 to 2014 and had a one episode stint on Awkward. She has been featured in short films, web series, and commercials.

Talking about personal life, there is a rumor of Yvette Monreal dating actor Gregg Sulkin in February 2015. Beside this there is no other information regarding her boyfriend, affairs.

There is no information about awards she has won.