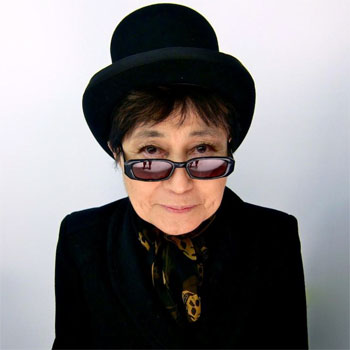 Yoko is originally from Tokyo, Japan. Her parents were Isoko Ono and Eisuke Ono. She and her family are the survivors of the fire-bombing of 1945. Later she migrated to New York and attended Sarah Lawrence College.

Ono has an eye-catching net worth of $500 million. Yoko is the one who has introduced feminism from her music. She has been associated with Sean Lennon, Plastic Ono Band, and John Lennon.

She first ran away with Toshi Ichiyanagi, Yoko ended up her relationship with him and tied a knot with Anthony Cox and had a daughter with him. Then she met John Lenon and remained with him until his death in 1980. They have a son named Sean Lenon.