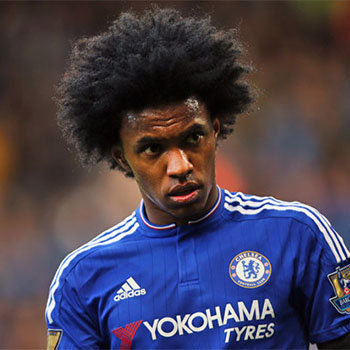 Willian was born on 9 August 1988 in Ribeirão Pires, Brazil as Willian Borges da Silva. Willian is a product of Corinthians football academy, just as his teammate Dentinho. He debuted for the first team of Corinthians in 2006.

Willian is a Brazilian professional football player who has an estimated net worth of $2.5 million. He helped Shakhtar Donetsk win Ukrainian Premier League titles in 2008, 2010, 2011, and 2012.

Willian was married to Vanessa Martins in 2011. The couple have twin daughters named Valentina Willian and Manuella Willian. They are living happily together.

In 2011 Willian was awarded the Best Player of the Ukrainian Championship title. In April 2016, Willian was named in the Panama Papers.