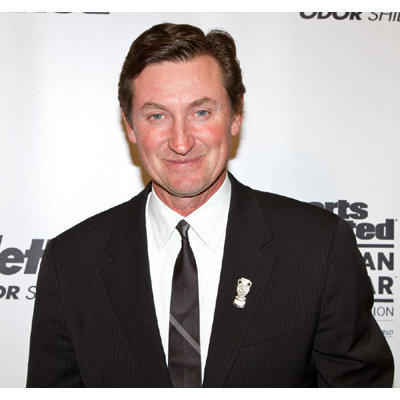 ...
Who is Wayne Gretzky

He was born and spent his childhood in Brantford, Ontario. From his childhood days he was interested in playing hockey. He use to sharpen his skill at backyard rink where he regularly played hockey.

His full name is Wayne Douglas Gretzky. He is also called by his nick name The Great One but mainly known by his nickname. He weighs 84 kg. His zodiac sign is Aquarius. His pair of skates is kept in museum which he wore in three years old.

He is a happily married man. He got married to beautiful actress Janet Jones in 1988. The couple is blessed with two lovely daughters and three sons. His daughter Paulina is a model and other daughter is Emma. His sons are Tristan, Trevor and Ty.

For the five times he have won Lady Byng Trophy. He also broke six All-Star records. In his 20 year career he broke countless records and have made 200 points in four separate seasons.

He was rumored shooting down Oilers front office.