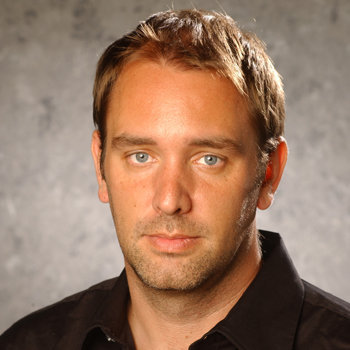 Sharon and Randolph Parker gave him birth in Conifer, Colorado. He majored in film from University of Colorado at Boulder. Since his young days he used to write plays, make short films and acts in school's play as well.

Paker has a jaw dropping net worth of $350 million. His birth name is Randolph Severn "Trey" Parker III. Trey is also singer and song writer who has released soundtrack albums and written and composed as well.

Emma Sugiyama was his ex-wife. They got married in 2006 and ended their relationship in 2008. After he hooked up with Boogie Tillmon tied a knot in 2013. They are blessed with daughter with named Betty Boogie Parker.