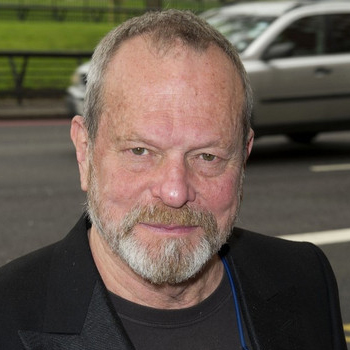 ...
Who is Terry Gilliam

When Terry Gilliam was 12 years old boy, his family moved to live in Los Angeles where Gilliam graduated from Birmingham High School. There he showed himself as a great student and was even the class president. Terry worked with Help! magazine, where he was an assistant editor.

Terry Gilliam is an American-born British screenwriter, film director, animator and actor who has a net worth of $40 million. He has earned his net worth from his talented directing of many major films. He worked for several years as a successful animator, before making a name for himself as the quiet sixth member of the famed comedy troupe, Monty Python, and then eventually becoming an acclaimed but often embattled feature director.

Terry Gilliam has been married to Maggie Weston – who has worked on costume design for many of his films – since 1973, and they have three children, Amy Rainbow Gilliam (born 1978), Holly Dubois Gilliam (born in October 1980), and Harry Thunder Gilliam. Terry became a British national in 1968, and formally renounced his American citizenship in 2006. The couple are now based in Umbria, northern Italy.

Terry was an actor, animator, film director who has won many awards and was nominated. He has won LAFCA Award, Leopard of Honor, Honorary Award, Empire Award, Capri Legend Award.