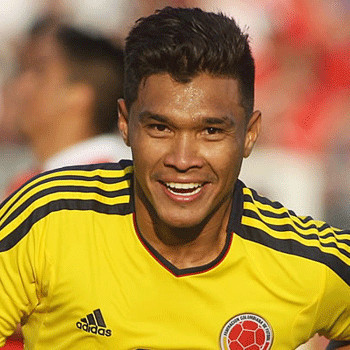 ...
Who is Teofilo Gutierrez

He completed his education from his native school and started practicing football in the local ground with the amateurs. He started his professional career from 2006 with Barranquilla, which is the second division team of Atletico Junior.

He has got excellent killer instinct with the quality shooting,heading skills and also he is good at speed and dribbling the ball. He holds the market value of worth 1.800.000 Euros

He is a happily married man, his spouse name is Yeimi Collantes. This couple is the proud parents of three children Yeilou Gutierrez, Cristiano Manuel Gutierrez and Shaddai Gutierrez.

He has earned several honorable titles such as Most Valueable Player in Turkish Super Cup 2010, Top Scorer in Torneo Clausura 2011 Argentina and Golden Boot of Copa Mustang I 2009 for scoring 16 goals.

There is a huge rumor of Gutierrez likely to show up on Tottenham's squad this season.