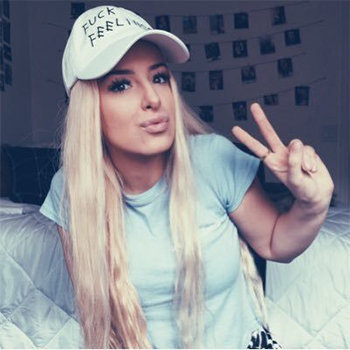 Born in Las Vegas, Nevada, she was first social media active on Twitter, creating her second account in August of 2012 after her first was suspended.

Her YouTube channel has earned over a million subscribers. Tana is mainly known for her Story Time and rant videos. She was born on the same day and in the same year as TV actor Coy Stewart.

She began dating Somer Hollingsworth in 2015 whose nickname is "pet nut". She frequently posts photos of the two of them on Instagram.

Sierra Furtado is a makeup artist and a well known YouTube personality. She is mainly popular for her channel SierraMarieMakeup. She has more than 2 million subscribers.

One of the popular and talented youtube star and radio presenter from London who is well known for uploading three short comedy videos every week.