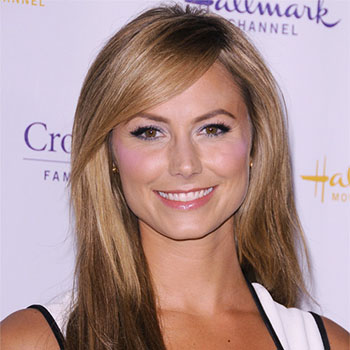 ...
Who is Stacy Keibler

Stacy was born in Rosedale, Maryland. Her parents are Patricia and Gary Keibler. She attended mass communication in  Towson University. She started dancing at age of 3.

Stacy has net worth of $ 4.5 million. She has secured third position in second season of Dancing With Stars. Her body measurement is 35-22-35 inches.

Keibler is married to Jared Pobre and has one daughter Ava Grace Pobre. Previously she hooked up with George Clooney, Geoff Stults, Andrew "Test" Martin and David Flair.

She has received WWE Babe of the Year from World Wrestling Entertainment in 2004.