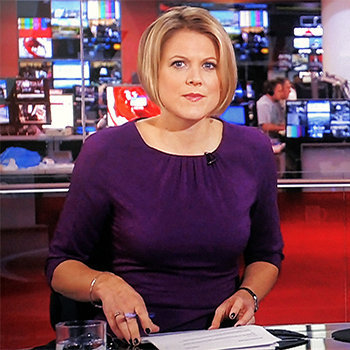 She was born in Torquay, United Kingdom in 1977. She spent her childhood days in Weston-super-Mare. She was enrolled at Broadoak School in Weston.

She also worked in Cambodia for several years. While she was there, she worked as an election monitor. After that she worked for Reuters news agency.

She has been married to love of her life Will Green since 2010. Their wedding ceremony was held at Cornwall, United Kingdom.

She is the graduate of King's College London.