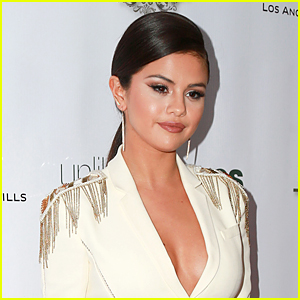 She was born to Ricardo Joel Gomez and Amanda Dawn "Mandy" Cornett. She studied at Danny Jones Middle School, Texas, USA. She received her high school diploma via homeschooling in May 2014.

Her birth name is Selena Marie Gomez. She is also called by her nick name as Sel, Selly etc. Her zodiac sign is Cancer. While she was studying at Danny Jones Middle School she used to be bullied daily. Her hair is brunette in color.

She was rumored of dating Romeo Miller and Orlando Bloom.

The American Mega pop star and a teen heart throb, Selena Gomez was born in Texas USA on July 22, 1992 . She started her TV career in children's TV show, Barney & Friends in 2001. This show gave her the recognition and the momentum which would follow throughout her career. Her major breakthrough however was in the Disney channel TV series, Wizard Of Waverly Place where she got massive applauds and brought her into the lime light.

Although her film career was considered mediocre and bland by the critics, her singing career had relatively positive response among the teenage listeners.Her band, Selena Gomez & the Scene, released three studio albums Kiss & Tell (2009), A Year Without Rain (2010) and When the Sun Goes Down (2011). She began her solo singing career from 2013 and released the album Stars Dance in 2013. Her single "Come and Get It" reached top 10 if Billboard Charts in USA an UK.

Apart from the glits and glamour, she have been actively involved in  various activities of UNICEF. She was named spokesperson for the Trick-Or-Treat  Campaign of UNICEF to collect funds from children at Halloween in 2008. She became the youngest UNICEF ambassador ever at the age of just 17 and worked in Ghana in 2009 to observe the conditions of the children there. Till date, she have done numerous charity and fund raising campaigns with UNICEF and many other charity organisation. Actor, Singer and a Humanitarian, she is considered as a role model by the teenagers all over the world for the talent and charity works she has been involved in.