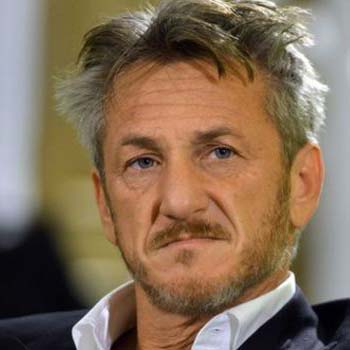 Born in a Los Angeles County, California, where as his parents are also associated in movie industry. His father is actor and director Leo Penn and mother is actress Eileen Ryan. His two brothers are musician and actor. He was a sophomore of Santa Monica High School.

Penn has a eye catching net worth of $150 million.He is also active supporter of political and social issues. He has also directed music videos of Shania Twain,Lyle Lovett and Peter Gabriel. He has huge number of fan followings but he hasn't tweeted once in this Twitter .

His personal life is so messed up. Firstly he was engaged to actress Elizabeth McGovern but later they ended up their relationship. then after he was married to pop singer Madonna. Due to his irresponsible behavior she appealed a divorce with him. Now he has two children with his ex wife actress Robin Wright. Lastly he dated actress Charlize Theron for short period.

He has received Academy Awards and Cannes Film Festival Award and nominated in Independent Spirits Awards.

he fell into lots of controversies. He was criticized for claiming that president George W, Bush for Iraq attack and supporting Venezuelan President Hugo Chávez. He has also forced to release Jacob Ostreicher. There are lots of rumors that he and Madonna is being close these days.