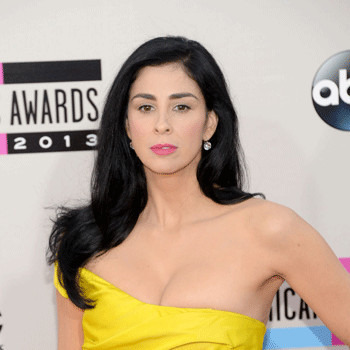 ...
Who is Sarah Silverman

Sarah Silverman spent her childhood in Manchester,New Hampshire who was born to Beth Ann and Donald Silverman.She was graduated from The Derryfield School.She then started representing herself as standup comedian in Greenwich Village.

Sarah Silverman was dropped out of New York University for her career as comedian.She follows Jewish religion although she was not raised with any religion.She wrote an article in Penthouse Magazine.She is not alcoholic and doesn't like to drink.

Sarah Silverman was in relationship with Jimmy Kimmel who is a comedian too.They broke up their five years relationship.Then she dated Alec Sulkin.She also dated Kyle Dunnigan till December 2013.Later she started dating Michael Sheen.

Sarah Silverman was awarded with Primetime Emmy Awards in 2008 and 2014 for Jimmy Kimmel Live! and Sarah Silverman: We Are Miracles respectively.In 2013 she was also nominated for Dorian Award,OFTA Film Award,VES Award.

Sarah Silverman was rumored of saying that she will never get married.