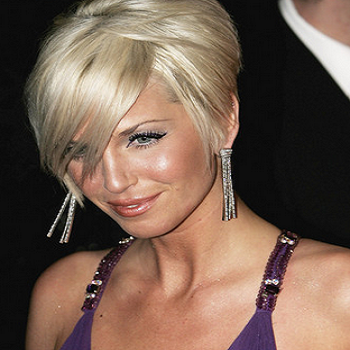 ...
Who is Sarah Harding

Sarah Nicole Harding (born on 17 November 1981) is an English actress, model, singer-songwriter and dancer. She got her rise in fame when she auditioned for the reality television show Popstars: The Rivals on ITV.

Harding was born in Ascot, Berkshire, United Kingdom. She was enrolled at Hazel Grove High School and later she attended Stockport College to study hair and beauty.

Harding did not need to audition for her role in Coronation Street. She is the party girl of Girls Aloud and she has a loud personality. She was also a member in a band called Project G.

Harding was found dating DJ Tom Crane and they announced their engagement. It was rumored that the couple had called the wedding off but it is more uncertain when Crane posted "Sarah and I have decided to take a break. I have nothing else to say".

Harding along with her group has accumulated a total of five BRIT Award nominations. Girls Aloud has won "Best Single" with their song "The Promise".

It is believed that she suffers from Obsessive Compulsive Disorder and attention Deficit Disorder (ADD).