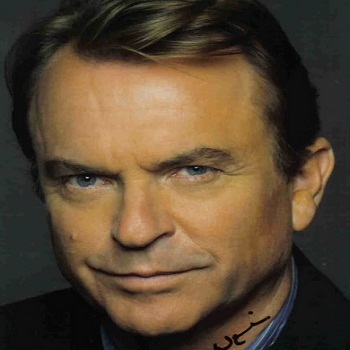 He was born in Omagh, Country Tyrone to Dermot Neill and Priscilla Beatrice. He was educated at the Christ’s College located in Christchurch. He also attended the University of Canterbury and studied English literature.

His birth name is Nigel John Dermot Neil. His net worth is estimated to be $12 million. His hair is light brown in color. He has English, Anglo-Irish, and Irish ethnic background. He holds New Zealand nationality.

He has a son named Tim with actress Lisa Harrow. In 1989 he got married to makeup artist Noriko Watanabe. They together have a daughter named Elena. With the Noriko’s first marriage, he has a stepdaughter named Maiko Spencer.

In 1989 he won AACTA Award for Best Lead Actor in Evil Angels. In 2001 he won Jury Award as Best Actor in The Zookeeper. He also won Logie Award for Most Outstanding Actor in drama series Jessica in 2005.

There was a dead rumor about him in the internet.

Chadwick Boseman is an American actor best known for his roles on the TV show "Lincoln Heights and as T'Challa/Black Panther in the Marvel Studios film, Captain America: Civil War (2016).