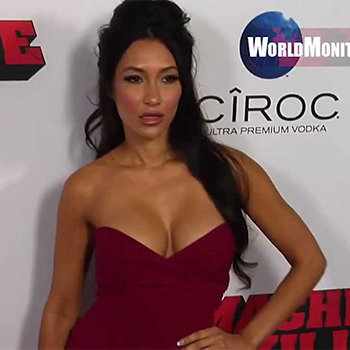 Russian stage, film and television actress. She has performed in numerous stage and theater play. She was highly recognized after her appearance in MTV's comedy "The Club " and award wining movie "Diversant: The End of the War,"

Born in Russia and went to Moscow's Institute of Modern Arts. Then she landed as the lead actress in Stas Namin's Music and Drama Theatre. Shw also studied in Lee Strasberg Institute.

Could also be seen in numerous musicals. Had also performed the stage play of William Shakesphere's drama 'King Lear'. Her birth name is Sabina Gyulbalaevna Akhmedova.

Sabina has not opened her any thing about her personal information. Neither her family background nor her relationship status is provided. Seems like she is quite reserved.

Women with many hat Lindsey Shaw is a actress, model, producer and singer from America. She mostly recognized for her role in sitcoms like Ned's Declassified School Survival Guide and Pretty Little Liars.