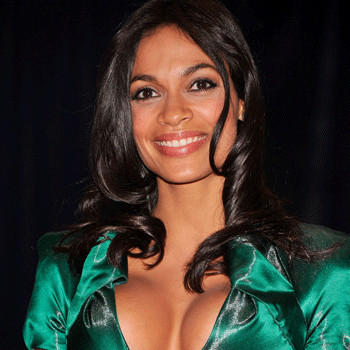 ...
Who is Rosario Dawson

Had the hard childhood as her family was poverty stricken and some of her family members were HIV positive as well. Had attended Garland High School for a year and completed her education from Lee Strasberg Institute.

The comic book artist Gustavo Vazquez is her uncle. Is a fan of the web comic ''Homestuck''.

Currently dating director Danny Boyle. The two has been dating since 2012. Previously had dated with former Sex and the City star, Jason Lewis for two years. However, her name was rumored to linked with several personalities but were not confirmed.

There was a rumor of her split with her boyfreind Danny Boyle which she brushes off claiming it to be false.