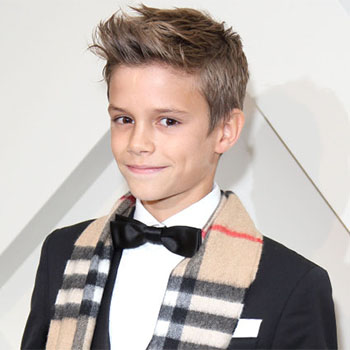 ...
Who is Romeo Beckham

He was born on the laps of David Beckham and Victoria Beckham. He was born on 1st of September 2002 in City of Westminster, United Kingdom.

His father introduced him to football at a young age and he was also in the football academy but recently he revealed that he is not interested in football.

He is now pursuing his career in fashion and modeling. He also has good looks like his father and has already gained several fans.