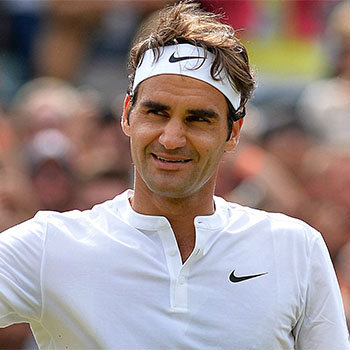 ...
Who is Roger Federer

He was born in Basel, Switzerland. Growing up near the borders of Germany and France, he learned four languages and played badminton and basketball.

He was ranked #1 in the Association of Tennis Professionals for 237 weeks in a row from 2004 to 2008. He also set an amazing record beginning in 2004, by competing in the semi-finals of 23 consecutive major tournaments.

He married former Women's Tennis Association player Mirka Vavrinec in 2009, and together they had twin daughters named Charlene and Myla and two sons named Lenny and Leo.